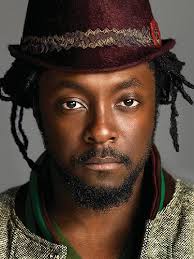 Will.i.am has also released four solo albums. The first, Lost Change, was released in 2001 on Atlantic Records and is the original soundtrack to the movie of the same name. A music video was made for the song “I Am”, but no singles were released from the album. The second solo album, Must B 21, was released on September 23, 2003. Track seventeen on the release, “Go!”, was regularly used as the theme for the NBA Live 2005 and Madden NFL 2005 seasons. A video for the track was also recorded for use within the sports, however, no singles were released from the album. The third album, Songs About Girls, was released on September 25, 2007. The first single released from the album was a club track titled “I Got It from My Mama” which peaked on the Billboard Hot 100 at #31 on 17 August 2007. The album also featured the singles “Heartbreaker” and “One More Chance”. He released his fourth studio album, #willpower, in 2013.

Will.i.am is also a music producer. He has produced with other artists including Michael Jackson, Justin Bieber, Eazy-E, Britney Spears, Miley Cyrus, David Guetta, U2, Rihanna, Lady Gaga, Usher, Justin Timberlake, Earth, Wind & Fire, Nicki Minaj, Cheryl Cole, 2NE1, SMAP, The Game, Nas, Bone Thugs-n-Harmony, Daddy Yankee, Wolfgang Gartner, and Juanes. He is a coach on the UK and Australian series of The Voice. In collaborations and with the Black Eyed Peas, he has a total of 34 Top 40 entries on the UK Singles Chart since 1998, and has sold 9.4 million singles in the UK.

Yes We Can by the Black Eyed Peas member will.i.am

It was a creed written into the founding documents that declared the destiny of a nation.

It was whispered by slaves and abolitionists as they blazed a trail toward freedom.

It was sung by immigrants as they struck out from distant shores and pioneers who pushed westward against an unforgiving wilderness.

It was the call of workers who organized; women who reached for the ballots; a President who chose the moon as our new frontier; and a King who took us to the mountaintop and pointed the way to the Promised Land.

Yes we can to justice and equality.

Yes we can to opportunity and prosperity.

Yes we can heal this nation.

Yes we can repair this world.

We know the battle ahead will be long, but always remember that no matter what obstacles stand in our way, nothing can stand in the way of the power of millions of voices calling for change.

We have been told we cannot do this by a chorus of cynics…they will only grow louder and more dissonant ……….. We’ve been asked to pause for a reality check. We’ve been warned against offering the people of this nation false hope.

But in the unlikely story that is America, there has never been anything false about hope.

Now the hopes of the little girl who goes to a crumbling school in Dillon are the same as the dreams of the boy who learns on the streets of LA; we will remember that there is something happening in America; that we are not as divided as our politics suggests; that we are one people; we are one nation; and together, we will begin the next great chapter in the American story with three words that will ring from coast to coast; from sea to shining sea —

obamapoliticsyes we can
Lin-Manuel Miranda - Puerto Rican American Composer, Rapper, Lyricist & Actor
Why I Think This World Should End by Richard Williams - A.K.A. Prince Ea, is an American rapper and activist