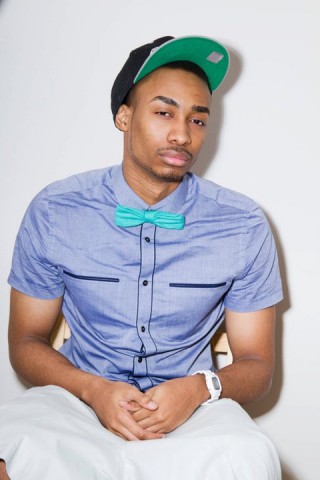 Prince Ea was born as Richard Williams on September 16, 1988 in St. Louis, Missouri, the youngest of three children, and has resided there his whole life. The alias Prince Ea is derived from Sumerian mythology (“The prince of the Earth”). He has also graduated from the University of Missouri-St. Louis with Latin honors.

In late 2008 Prince Ea released the mixtape “The Adolescence” on the internet for free download. A few days after the release, Prince Ea recorded an amateur video of himself rapping and entered it into a VIBE Magazine contest dubbed “VIBE Verses”. Subsequently, Ea was declared the VIBE Verses grand champion and was awarded $5000 in music recording equipment along with a full page article in the VIBE Magazine, which held a total value of $50,000.

In 2009 he won a Funk Volume competition with the help of his 6000 subscribers on YouTube.

In 2010, Prince Ea was the first hip-hop artist to have a feature in Discover Magazine.

Ea has also been awarded the grand prize of a competition run by Trojan condoms entitled “Magnum’s Live Large Project II” hosted by rapper Ludacris in which he was flown out to Miami to perform with Ludacris. In 2011 he won the Riverfront Times “Best hip-hop artist in St. Louis”.

As of January 2015, Prince Ea’s video, “Why I Think This World Should End” has been shared on facebook over 3 million times.

In late 2009 Prince Ea, upset at the present state of the music industry, decided to form a movement named “Make ‘SMART’ Cool”. The “Make ‘SMART’ Cool” movement (SMART is an acronym for “Sophisticating Minds And Revolutionizing Thought”) attempts to “promote intelligence to everyone, everywhere and integrate it with hip-hop. To create and nurture, without discrimination or preference, a community of free-thinking individuals under the singular purpose of promoting the ideals of education, intelligence, unity and creativity throughout the world at large.”

A successful underground clothing line for the movement, which includes t-shirts and sweaters, was released and has gained support from artists such as newly signed So So Def producer Mike Kalombo. Artists supporting the movement include Traphik, Black Thought, Immortal Technique, Sha Stimuli, August Rigo.

Richard Williams, better known by his stage name Prince Ea, is an American rapper and activist

Why I Think This World Should End

The world is coming to an end
The air is polluted, the oceans contaminated
The animals are going extinct, the economy’s collapsed
Education is shot, police are corrupt
Intelligence is shunned and ignorance rewarded
The people are depressed and angry
We can’t live with each other and we can’t live with ourselves
So everyone’s medicated
We pass each other on the streets
And if we do speak it’s meaningless robotic communication
More people want 15 seconds of fame
Than a lifetime of meaning and purpose
Because what’s popular is more important than what’s right
Ratings are more important than the truth
Our government builds twice as many prisons than schools
It’s easier to find a Big Mac than an apple
And when you find the apple
It’s been genetically processed and modified
Presidents lie, politicians trick us
Race is still an issue and so is religion
Your God doesn’t exist, my God does and he is All-Loving
If you disagree with me I’ll kill you
Or even worse argue you to death
92% of songs on the radio are about sex
Kids don’t play tag, they play twerk videos
The average person watches 5 hours of television a day
And it’s more violence on the screen than ever before
Technology has given us everything we could ever want
And at the same time stolen everything we really need
Pride is at an all time high, humility, an all time low
Everybody knows everything, everybody’s going somewhere
Ignoring someone, blaming somebody
Not many human beings left anymore, a lot of human doings
Plenty of human lingerings in the past, not many human beings
Money is still the root of all evil
Yet we tell our kids don’t get that degree
The jobs don’t pay enough
Good deeds are only done when there’s a profit margin
Videos of the misfortunes of others go viral
We laugh and share them with our friends to laugh with us
Our role models today
60 years ago would have been examples of what not to be
There are states where people can legally be discriminated against Because they were born a certain way
Companies invest millions of dollars hiring specialists to make Little girls feel like they need “make up” to be beautiful Permanently lowering their self esteem
Because they will never be pretty enough
To meet those impossible standards
Corporations tell us buy, buy, buy, get this, get that
You must keep up, you must fit in
This will make you happy, but it never does for long
So what can we do in the face of all of this madness and chaos?
What is the solution? We can love
Not the love you hear in your favorite song on the radio
I mean real love, true love, boundless love
You can love, love each other
From the moment we wake up to the moment we go to bed
Perform an act of kindness because that is contagious
We can be mindful during every interaction
Planting seeds of goodness
Showing a little more compassion than usual
We can forgive
Because 300 years from now will that grudge you hold against Your friend, your mother, your father have been worth it?
Instead of trying to change others we can change ourselves
We can change our hearts
We have been sold lies
Brainwashed by our leaders and those we trust
To not recognize our brothers and sisters
And to exhibit anger, hatred and cruelty
But once we truly love we will meet anger with sympathy
Hatred with compassion, cruelty with kindness
Love is the most powerful weapon on the face of the Earth
Robert Kennedy once said that
Few will have the greatness to bend history
But each of us can work to change a small portion of events
And in the total of all those act
Will be written in the history of a generation
So yes, the world is coming to an end
And the path towards a new beginning starts within you