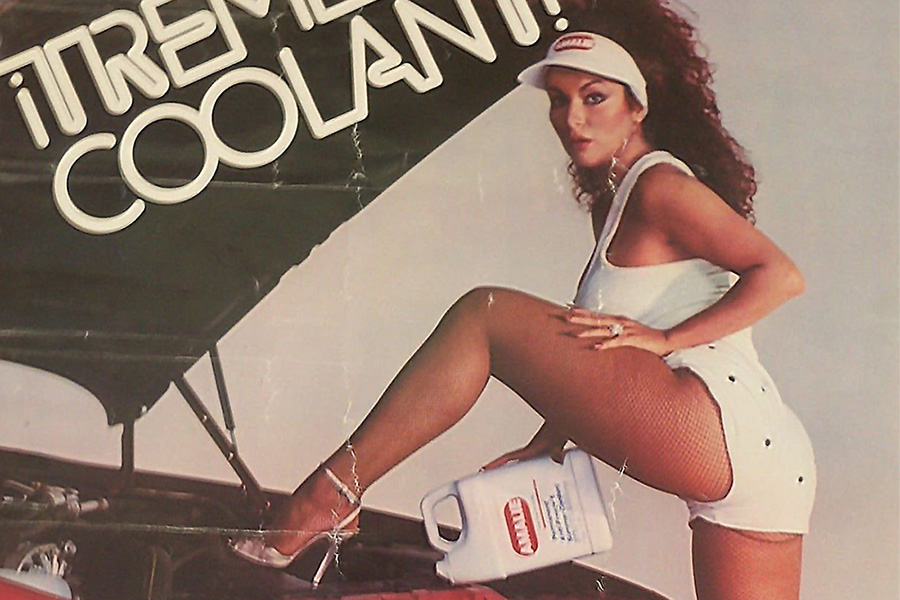 It seems 2014 will go down in history as the year mainstream American society discovered a long-held secret of the Latin community: nalgas. Sure, since the days of J-Lo there has been a brewing interest in the mysterious, exotic attractions of the trasero, but now with more traditionally WASPy types like Iggy Azalea proudly waving their pompis for the world to see, it seems the United States of America has effectively changed forever.

And then Kim Kardashian broke the internet (although mine’s still working just fine), and just like that, a series of tasteless and ethically suspect photographs put female fundillos front and center in the American consciousness. But is all this really so new? Is Mrs. Kardashian (West) really as groundbreaking as she would have us think? Were there culos before J-Lo?

For this week’s TBT, we have taken on the solemn responsibility of answering all of these questions in two simple words: Iris Chacón. 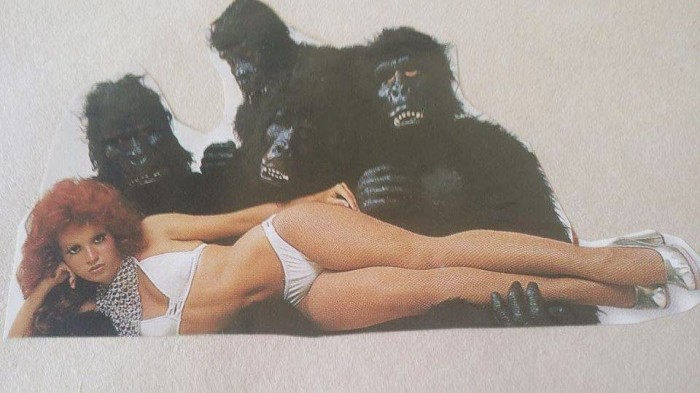 While many of us may be too young to have lived the reign of Iris Chacón in all its glory, the Boricuas among us have certainly heard references to her supernatural nalgas at family gatherings or over polite dinner conversation. That’s because Iris Chacón’s booty was an historical phenomenon, a game-changer that to this day persists doggedly in the memory of anyone who may have had the fortune of crossing its path.

But like anyone else, La Vedette de América, La Bomba Puertorriqueña, Iris Chacón was once just a little girl studying dance in Santurce, Puerto Rico. By her late teens, Chacón had acquired work as a back up dancer on Telemundo until her personal and professional association with first husband Elín Ortiz turned her into a household name in Puerto Rico. With a wildly successful primetime show on WAPA Televisión and a string of made-for-tv song and dance flicks in Spain and South American, Chacón’s, um, artistic endowments quickly made her an international phenomenon throughout the 1970s and into the 80s. One commercial in particular made waves throughout international media, going so far as to inspire a front page article in the Wall Street Journal. He aquí:

In this 30-second television spot for a heavy duty motor oil, Chacón appears suspiciously innocent as she purrs in her most seductive voice, “Cuando sube la temperatura, hay que tener un buen aceite,” followed-up by: “Tiene que tenerlo bien lubricado”… the motor, that is. Is it any surprise that the WSJ headline read: “A Onetime Choirgirl Rules as Sex Goddess On Puerto Rican TV”? 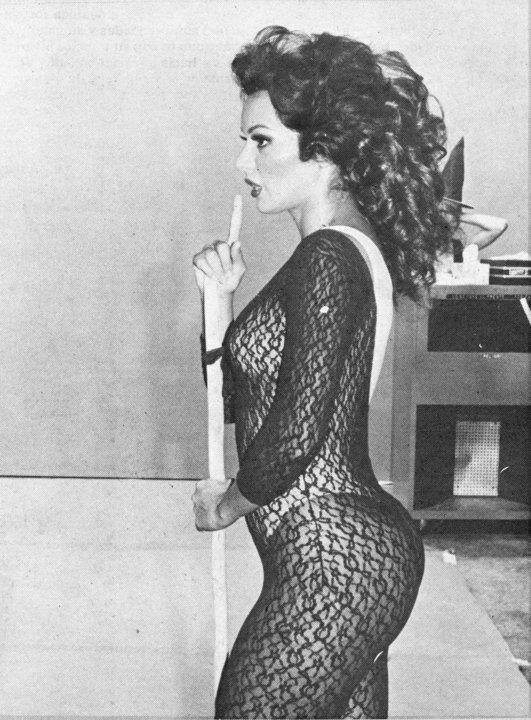 By the mid-eighties Chacón made a bet on crossover success and stormed English-language media in a promotional tour that included stops on The Merv Griffin Show and David Letterman’s pre-Late Show time slot. The infamous interview with Letterman is a wince-inducing study in culture clash, as the flabbergasted Midwestern boy faces off with a Latina sex goddess a little past her prime and trying hard to please.

Nevertheless, her push to break into the anglo market proved fruitless and by 1985 The Iris Chacón Show was retired after 12 years on the air in Puerto Rico. After the mid-80s, Chacón never quite matched her previous success, although she continues to exert a considerable influence upon diverse performers who study her one-of-a-kind moves and reinterpret her hyper-sexualized stage persona for newer audiences.

With that being said, it’s easy to forget that amidst all the booty flashing and sexual innuendo, Iris Chacón could dance a helluva mambo. Here’s a clip from her 1977 film La mujer es un buen negocio so we can remember that not too long ago, the booties also came with talent.