Lin-Manuel Miranda (born January 16, 1980) is an American composer, rapper, lyricist, and actor. He wrote the Broadway musical In the Heights, for which he won numerous accolades, including a Tony and a Grammy Award. It opened on Broadway at the Richard Rodgers Theatre in 2008, and Miranda starred in it as Usnavi.

Miranda was born in northern Manhattan, New York City, New York. He grew up in the Inwood section of Manhattan and is of Puerto Rican descent.

After graduating from Hunter College High School, Miranda went on to attend Wesleyan University and graduated in 2002. During this time, he co-founded a hip hop comedy troupe called Freestyle Love Supreme. He wrote the earliest draft of In the Heights in 1999, his sophomore year of college. After the show was accepted by Second Stage, Wesleyan’s student theater company, Miranda worked on adding “freestyle rap … bodegas, and salsa numbers.” It played from April 20 to 22.

Miranda wrote and directed several other musicals at Wesleyan. He also acted in many other productions, ranging from musicals to Shakespeare.

In 2002, Miranda and Mailer worked with director Tommy Kail and wrote five separate drafts of In the Heights that were 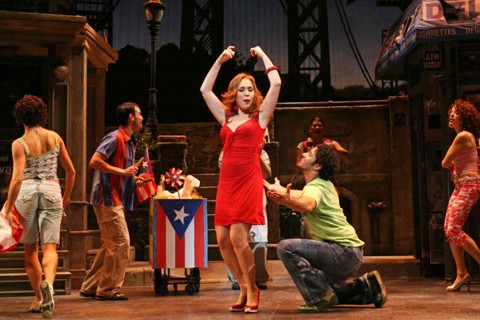 dissected. During this time, Miranda worked as an English teacher at his former high school. After making it off-Broadway, the play went to Broadway in 2008. Miranda made his last performance in the Broadway show on February 15, 2009.

However, Miranda reprised his role of Usnavi when the national tour of In the Heights played in Los Angeles, California from June 23 to July 25, 2010. The tour continued without him at the helm until it played in San Juan, Puerto Rico, where he played Usnavi.

The Broadway production played its final performance on January 9, 2011 after 29 previews and 1,185 regular performances. Miranda reprised the role of Usnavi from December 25, 2010 until the closing of the production.

Miranda made The Hamilton Mixtape, a hip hop album based upon the life of Alexander Hamilton. He performed the song Alexander Hamilton playing Aaron Burr at the White House Evening of Poetry, Music, and the Spoken Word on May 12, 2009, accompanied by Alex Lacamoire.

Hamilton, a new musical based on the earlier Hamilton Mixtape work premiered Off-Broadway at The Public Theater in January 2015. The show stars Miranda as Alexander Hamilton, and was directed by frequent collaborator Thomas Kail.[9][10] The show received positive reviews, and is expected to open on Broadway in July 2015 (previews) at the Richard Rodgers Theatre.

Miranda wrote, directed, and acted in an independent film called Clayton’s Friends (1996). In 2007, Miranda made an appearance on the television series The Sopranos in the episode “Remember When.” Miranda also worked as an English teacher at his former high school, wrote for the Manhattan Times as a columnist and restaurant reviewer, and composed music for commercials. In 2008, Miranda was invited by composer-lyricist Stephen Schwartz to contribute two new songs to a revised version of Schwartz and Nina Faso’s 1978 musical Working, which opened in May 2008 at the Asolo Repertory Theatre in Sarasota, Florida. 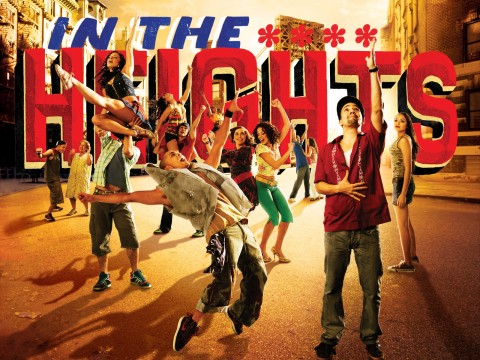 Miranda wrote Spanish language dialogue and worked with Stephen Sondheim to translate into Spanish song lyrics for the revival of West Side Story, which opened on Broadway in March 2009. He is also a composer and actor on the 2009 revival of The Electric Company. Miranda also appeared in the CollegeHumor sketch “Hardly Working: Rap Battle,” playing himself working as an intern and rapper. In September 2009, Miranda played Alvie, Gregory House’s roommate in a psychiatric hospital, in the two-hour season six premiere episode of House. He reprised the role in May 2010. He also has done work for Sesame Street, where he has played occasional roles and sings the theme song to Murray Has a Little Lamb.

He is a member of Freestyle Love Supreme, a performance group of freestylers that make up words on the spot. Chris Jackson, a member of the original Broadway cast of In the Heights, is also a member.

Miranda and the cast of In the Heights performed segments from the show at the Lincoln Center Barnes & Noble. They also performed at the Virgin Megastore. Recently a flash mob performance done by Flash Mob America showing a large scale street version of 96,000 being performed as Miranda ate lunch. Miranda has made several popular YouTube videos centered on In the Heights, performing songs like “Bet on It” from High School Musical 2 and “Run This Town” with lyrics altered to concern the show.

He also co-wrote the music and lyrics for Bring It On: The Musical, with Tom Kitt and Amanda Green. The musical opened on October 30, 2011 at the Ahmanson Theatre, Los Angeles, California at the start of a US National tour.[20][21] In 2011, he appeared as a guest on the TV series Modern Family in the episode “Good Cop Bad Dog”.

He appeared as Charley in an Encores! staged concert of Merrily We Roll Along at the New York City Center which ran from February 8, 2012 to February 19. In 2012, Miranda appeared in a small role in The Odd Life of Timothy Green as Reggie. In September 2012, Miranda was cast in a recurring role on the 2013 NBC drama Do No Harm.

In November 2013, Miranda appeared in the episode Bedtime Stories (Season 9, Episode 11) on the CBS sitcom How I Met Your Mother. On March 15, 2014, Miranda performed with The Skivvies, an indie-rock comedy duo consisting of Nick Cearley and Lauren Molina. Rob Morrison, Aaron Lazar, Mark Price, and Hannah Shankman also performed with them.

Miranda participated in the live show of This American Life held at the Brooklyn Academy of Music on June 7, 2014. For that show, Miranda wrote the music and lyrics for 21 Chump Street: The Musical, a production based on an earlier piece of journalism from TAL.

On June 25–28, Miranda was in the revival of Tick, Tick… Boom! as part of the Encores! Off-Center series under the artistic direction of Jeanine Tesori. The show was directed by Oliver Butler, and reunited Miranda with In The Heights alum Karen Olivo. 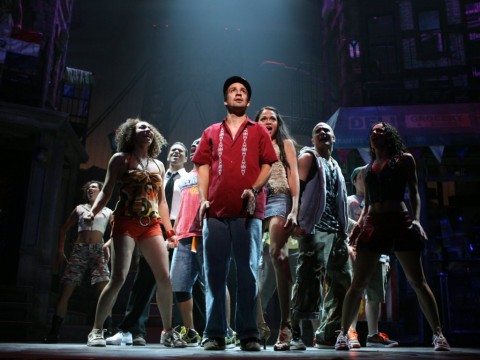 Miranda married Vanessa Nadal, a high school friend who grew up with him in Washington Heights, in September 2010, after dating her for five years.

The principal female character in In the Heights, Vanessa, is not based on Nadal, as many people believe. At the wedding reception, Miranda, along with the wedding party, presented Vanessa with a group rendition of the Fiddler on the Roof song “To Life”. The video was posted on YouTube and quickly became popular on the internet.

Miranda received an honorary degree from Yeshiva University during its May 14, 2009 graduation ceremony. He is the youngest person to receive an honorary degree from Yeshiva University. His show In the Heights is based in the upper Manhattan community of Washington Heights, which is also home to Yeshiva’s campus. Ed Koch, former mayor of New York City, presented Miranda with the degree and remarked about first meeting him when Miranda was seven years old.