DIÓGENES BALLESTER, MFA is a visual artist, educator, and writer. He holds and MFA from the University of Wisconsin-Madison and a BFA from the Catholic University of Puerto Rico. As a youth, he attended the prestigious art preparatory School of Visual Arts Miguel Pou and studied at the Ponce Museum of Art in Ponce, Puerto Rico. He has taught as Professor of Art at The Cooper Union for the Advancement of Science and Arts, in New York City, the State University of New York at New Paltz, the College of New Rochelle, School of Arts and Science, and The State University of New York at Albany. He currently works full time in his studio in New York City and gives workshops and lectures at conferences and universities throughout the United States and the Caribbean. 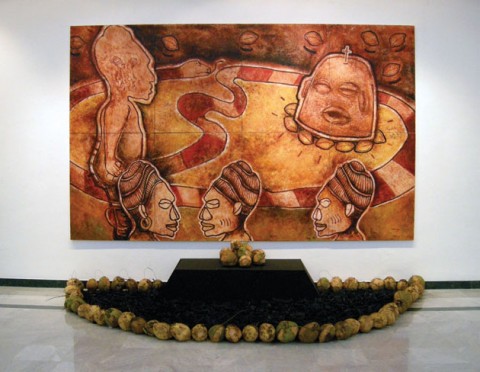 Mr. Ballester works in different artistic media including painting, printmaking, drawing, new media, and installation art and is recognized as a master of encaustic painting and printmaking. 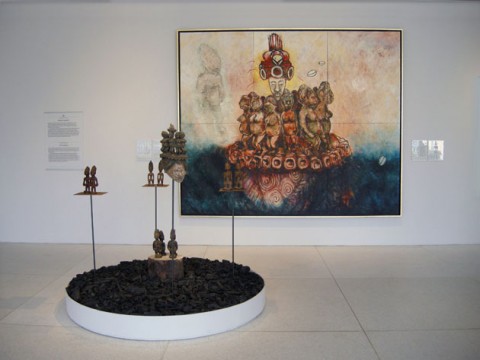 As a master-printmaker, Mr. Ballester is skilled in line engraving, etching, and woodcuts. He worked in the prestigious printmaking workshop of Robert Blackburn in New York City intermittently from 1981 to 2003 when Mr. Blackburn died. He has extensive knowledge of the history of printmaking and has been asked to present on topics related to the current challenges facing the printmaking world. In November 2008, he presented a paper “Graphic Language in The Development of Individual and Collective Latino Identity” at the “U.S. Latino Printmaking in the 21st Century, Conference in Austin, Texas. His essay “Perspectives: On the XII San Juan Biennial of Latin American and Caribbean Printmaking at the Transition to the 21st Century” as the President of the San Juan Biennial, which challenged printmaking Biennials to look at their history and re-conceptualize printmaking biennials for the 21st century, has been used throughout Latin America and the Caribbean.

Mr. Ballester’s work explores oral history, memory, mythology, ritual, and cultural identity along a transnational spectrum. In recent exhibitions, he has appropriated cultural objects and historical artifacts together with painting, drawing, prints and new media as a way of accessing the past and re-interpreting the present in a transcaribbean dialogue. Examples of this recent exploration of installation projects include: Archeology of Memory: They are Talking, 2010 presented at the National Art Gallery in Santo 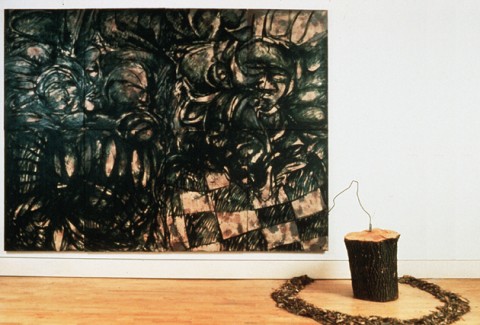 Domingo, Dominican Republic.  Point of Origin, 2010 on display at the Museo de Arte de Ponce in Ponce, Puerto Rico. The Crying of the Earth, 2010 shown at the 1st International Triennial of the Caribbean organized by the Modern Art Museum in Santo Domingo, Dominican Republic. Free Registry: Encounter, Mythology and Reality presented at the Museum of Art of Puerto Rico in San Juan, Puerto Rico. Keeper of History – Holder of Dreams, 2006, exhibited at the National Museum of Catholic Art and History in New York City. Ancestral Confessions: Historical Evidence of a City, shown at the Museum of the History of Ponce in Puerto Rico, 2006. Globalization, Post-industrialism and Syncretism, 1999 shown at National Art Museum of Port au Prince in Port au Prince, Haiti. And, “L’ Energie de la Terre,” A l’Espace Confluences Gallerie, Paris, France.