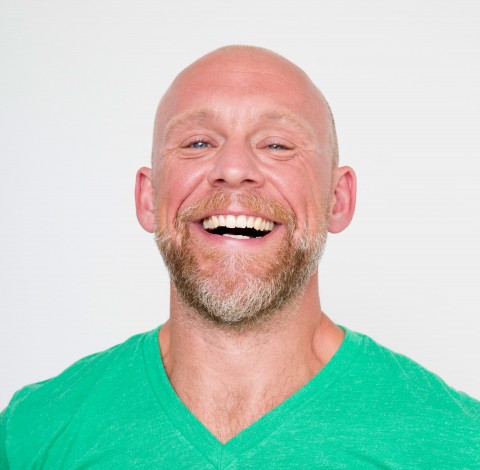 Buddy Wakefield (born June 4, 1974) is an American performance poet/slam poet. He is a two-time Individual World Poetry Slam Champion (2004 and 2005) whose latest works have been released by Righteous Babe Records (CD) and Write Bloody Publishing (books).

Buddy Wakefield was born in Shreveport, Louisiana and raised in Baytown, Texas. In 2001, he left his position as an executive assistant for a biomedical firm in Gig Harbor, Washington, sold or gave away everything he owned, and moved into a Honda Civic to tour North American poetry venues.

In 2004 and again in 2005, Buddy Wakefield won the Individual World Poetry Slam Championship title, becoming the first poet to win the title two consecutive years. Wakefield has been a member of several poetry slam teams, including Team Seattle in 2006 and 2007. When asked about his thoughts on the “Poetry Slam” and “Slam Poetry,” Wakefield responded:

“Poetry Slam” is an effective gimmick to get folks excited about poetry. It’s the competitive art of spoken word. It’s a competition, judged and so on. It’s accessible to everyone, and a great starting point for many… It’s an event available to every voice, no exclusions. “Slam poetry” is a term that seems to have evolved into a generalization, given to a style of delivery culminating in rapid, rhythmic, cathartic voice and presence… Poetry Slam is an event. Slam poetry does not exist (not outside of its practical role of being any given poem entered into a Poetry Slam). I’ve been watching at close range since 1998. The styles of the poems entered into Poetry Slams are clearly infinite in scope.

Wakefield continues to make his living through his poetry and performance. In addition to touring the country solo, Wakefield has also been a core member of several traveling poetry groups, including 2007’s Solomon Sparrow’s Electric Whale Revival, 2008’s Junkyard Ghost Revival, 2009’s Elephant Engine High Dive Revival and 2010’s Night Kite Revival, where he shared the stage with poets such as Derrick Brown, Anis Mojgani, Andrea Gibson and Cristin O’Keefe Aptowicz, among others. As of April 2012, Wakefield has performed his poetry in every state in the U.S. except “Montana, Mississippi and North Dakota.”

When asked in an interview why he made art, Wakefield responded:

When not on tour, Wakefield lives near Seattle, Washington and serves on the board of Youth Speaks Seattle, a non-profit literary arts organization.

Wakefield and Stephen Snook have published an entertaining table book on chicken rearing: Henhouse: The International Book for Chickens and Their Lovers (2012, Write Bloody Publishing) ISBN 978-1-938912-0504

Wakefield has also released three full-length spoken word albums with producer Jon Berardi: A Stretch of Presence (1999), Run On Anything (2006) which was released by Strange Famous Records, and Live at the Typer Cannon Grand (2009) which was released by Ani DiFranco’s Righteous Babe Records.[11] DiFranco first became aware of Wakefield when her mother saw him perform at an art gallery in Buffalo NY and gave DiFranco a print out of Wakefield’s website, saying, “You have to do something with this guy.” The album contains recordings of live performances, including several from Wakefield’s numerous times opening for DiFranco on her tour, as well as one studio-produced track.

Wakefield has had a profound impact on the contemporary Poetry Slam movement, both in his performance and writing style as well as how he has conducted his career. In her book, Words in Your Face: A Guided Tour Through Twenty Years of the New York City Poetry Slam, author Cristin O’Keefe Aptowicz named Wakefield as “the modern poetry slam role model.” She wrote,

[Wakefield] sold everything he owned and toured the country, living out of his car when he wasn’t crashing on couches. He was not the first slam poet to do this and certainly not the last, but he was definitely the most high-profile, and he really set the stage for what I like to call the “Troubadour Movement” in slam, the whole desire simply to tour, to reach out and be with your community.